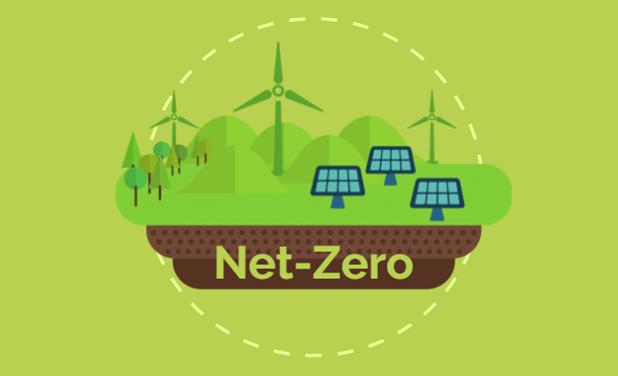 From phrases such as ‘net-zero’ to ‘carbon neutral’ and ‘climate positive’, it can become confusing to understand the terms that are leading the climate debate and being used to benchmark policies and goals.

In 2018 the Intergovernmental Panel on Climate Change (IPCC) warned about the importance of maintaining global warming of no more than 1.5℃ to prevent disastrous consequences for our environment and economy. The following year in 2019 the UK became the first developed country to enshrine the net-zero target by 2050 into legislation, making it legally binding. As the race to keep global temperatures from exceeding is well underway, it becomes more important for businesses and consumers to be clear on the meaning of the key terms and how countries are aiming to achieve them.

One of the most common terms we have heard lead the climate discussion is the use of the phrase ‘net-zero’. The IPPC glossary defines net-zero as a state when polluting emissions (for example greenhouse gases) become balanced with the emissions being removed from the atmosphere, creating the state where there would be net-zero pollutants.

This term entered the climate emergency stage at the 2015 Paris Agreement when it declared that net-zero needed to be met by 2050 to remain under the 1.5℃ threshold. Net-zero accounts for the fact it is impossible to reduce greenhouse emissions to zero, so instead it aims to lower emissions as much as possible to create an equilibrium.

It is also common to see this phrase interchanged with ‘carbon neutral’ where there becomes a sole focus on the balance of carbon being emitted into our atmosphere and the amount being removed through natural carbon sinks. These areas can be found in oceans, forestry, and wetlands, as they can absorb carbon out of the atmosphere, aiding the fight to reduce emissions. Along with these natural sinks, the development of carbon capture technology will also be playing an important element in the net-zero journey, with this industry estimated to be worth $4trn by 2050.

Understanding these terms leads us to ask the question of how we propose to achieve net-zero under the time constraints we have chosen. The British government has laid out ‘The Ten Point Plan for a Green Industrial Revolution’ which sets out the methods by which Britain will reduce their emissions to meet the requirements of being net-zero by 2050. The energy sector plays a crucial part in the net-zero plan, with renewable technology at the frontier of the scheme as a method to ease the country’s reliance on fossil fuels.

Within the energy industry, there has been a surge in customers wishing to switch to renewable tariffs which has created a demand for Renewable Energy Guarantees of Origin (REGO). These certificates can provide clarity to customers about how much of their fuel mix is coming from renewable energy and therefore contribute to net-zero targets. However, this scheme is heavily criticised as REGO certificates can be purchased by energy suppliers for as little as £4.10/MWh, even if the power is not directly sourced from renewable energy. Overcoming these industry loopholes is vital on our path to net-zero while educating energy customers on renewable energy, to allow for more transparency within the market.

With more than 130 countries now pledged to reach net-zero by 2050, the clock is ticking.

Why don’t you start working towards reaching net-zero energy at your organisation? OnGen’s software suite can help users improve energy efficiency, deploy onsite renewables and source genuinely green energy supply contracts. Find out how your organisation can set and achieve net-zero goals. Get in touch with OnGen today.