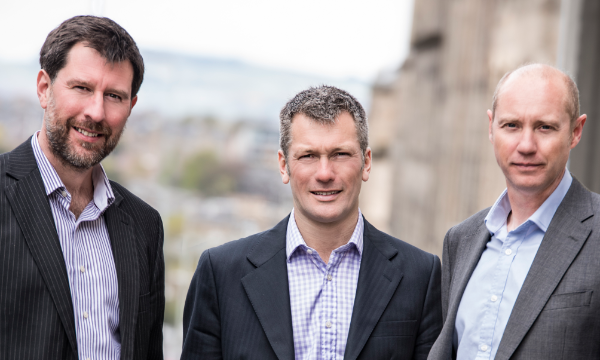 Our story had its genesis in pro bono work for a client, who was trying to address fuel poverty through the creation of a not for profit energy supply company.

As a co-founder and Finance Director at Spark Energy responsible for hitting gross margin targets, I set the company’s retail tariffs and maintained a forensic knowledge of the costs to supply electricity and gas to domestic customers.

Ultimately, centrally supplied power and gas require expensive infrastructure, from the high voltage transmission networks to the local distribution networks.  There is a myriad of other third party charges pegged to the level of demand (all of which are out of a supplier’s control).

The actual cost of the commodity being delivered is less than half the total cost of sale so the levers available to an energy supplier to generate substantive and sustainable savings are somewhat limited, particularly when wholesale power and gas are procured on the open market.

The most effective way of generating inexpensive electricity or heat is to generate at the point of demand thus avoiding some of the expensive transportation costs, commodity related third party charges and ideally making use of free a feedstock e.g. the sun and wind.

Back to the Future?

Onsite renewable generation isn’t particularly new or unique.  In 1881, Messrs Calder & Barnet installed a Siemens AC alternator and dynamo, powered by a waterwheel located at Westbrook Mill on the River Wey. It fed seven arc lights and 34 Swan incandescent lights that lit the streets of Godalming and was the first experimental public electricity supply (credit to Chris Beard at CGI for this nugget of information).

The Feed in Tariff launched in April 2010 had a massive impact on the level of domestic onsite renewable generation – predominantly rooftop solar.  There have also been some significant deployments of rooftop solar PV in the non-domestic sector; Bentley, Jaguar and Sainsbury’s spring to mind.

But what about the SME sector, the supply chains of these blue chips that perhaps don’t have the in-house expertise or spare resources to employ consultants to carry out feasibility assessments?

After leaving Spark Energy in 2012 through my consultancy business, I gained detailed knowledge of solar PV and researched biomass and wind generation.  The feasibility assessments I carried out were pretty straightforward albeit using a slightly cumbersome excel model.

Providing a site had a south facing roof, little shading and no hindrances such as asbestos, 9 times out of 10 solar PV would stack up financially based on rather generous feed-in tariffs.  Whether the finance could be found to actually deploy solar was another matter, however.

My vision in May 2014 was to create an online knowledge-based system that could be accessed by the energy user directly, and was capable of carrying out multiple assessments simultaneously, allowing multiple renewable technologies to be assessed on a site so if one technology wasn’t feasible others might be, thus reducing reliance on me a (relatively expensive). consultant slashing the cost of a feasibility assessment.

The theory was that digitising the feasibility assessment could slash the cost of assessing the suitability of a site, and by introducing accredited installers and finance partners the aim was to help eliminate some of the perceived hurdles for why organisations shy away from an investment to save on energy costs.

As it is turning out SMEs are not the only organisations that can benefit from the OnGen Expert based on the responses we received from public sector organisations.

The OnGen team came together in September 2014 after I was introduced to Andrew Bright and Jonny Clark by accountants RSM.  Andrew and Jonny are both expert renewable energy and environmental consultants, and together we have developed the OnGen Expert with support from Ian Marchant, Judith Halkerston, other innovative angel investors, Scottish Enterprise and the Scottish Investment Bank.

Since its launch in June 2016, OnGen has already received wide national and international interest, been nominated for two prestigious awards received some great testimonials for industry experts and sold our first licences.

Moving forwards, we have exciting plans to add new technologies to the OnGen Expert, particularly energy storage which will be a game changer for the renewable energy industry as the leveled cost of renewable energy generation reaches parity and then falls below the cost of grid-supplied energy. Our plans also include developing the software for international markets and encouragingly have already received interest from overseas.

These are exciting times for OnGen, why not try out the software at expert.ongen.co.uk

previous
ICAEW's Finance for the Future Award Nomination
next
How Secure is our Electricity Supply This Winter?
+44 (0)3300 245 936
contact@ongen.co.uk